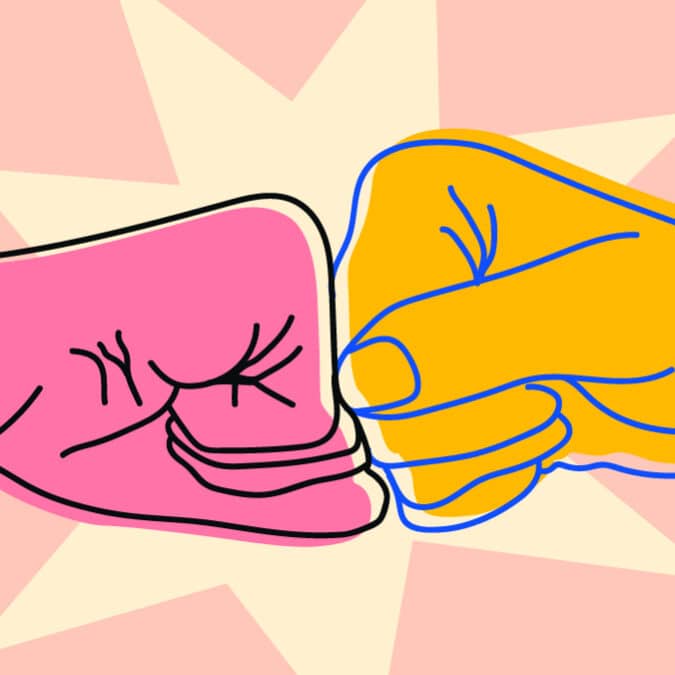 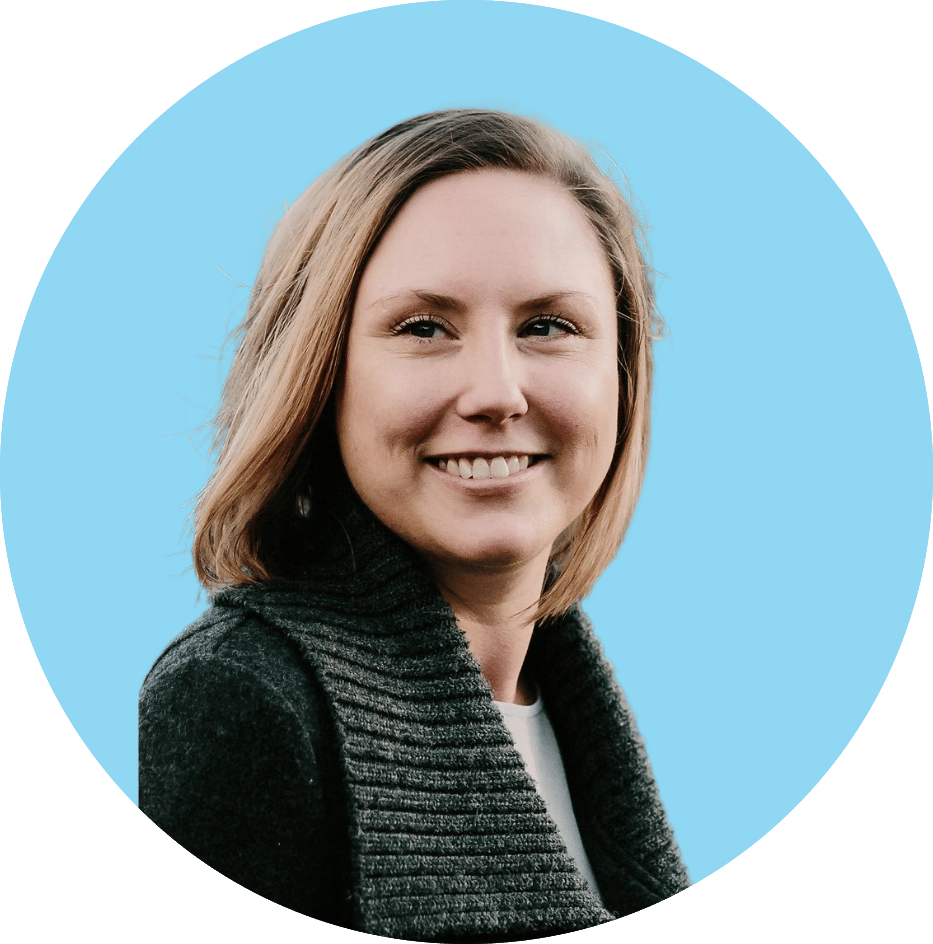 Head of Design and Innovation

There has been much talk about allyship in the past couple of years, especially in relation to the Black Lives Matter movement. In Australia, it’s been spoken of in relation to gendered violence as well as Indigenous deaths in custody. Today, allyship is a central talking point for people within organisational diversity circles and those looking to do more to support their colleagues who come from oppressed and underrepresented communities.

In a society where consumers, employees, and investors increasingly see equity and inclusion as not just a nice-to-have but a must-have, allyship by an organisation’s leaders has become essential

Allyship creates an inclusive workplace culture of trust and, according to Shelley Zalis, CEO of The Female Quotient, is directly linked to increased innovation, productivity, profitability and customer satisfaction.

What is allyship at work?

At its most basic level, allyship is about having someone’s back. It’s the ongoing process of advocating for, supporting and being a voice for those whose voices aren’t normally heard. Effective allies work in solidarity with people from marginalized groups, such as the LGBTQIA+ community, First Nations people, people with disabilities, women and people of color. And they do it in the workplace as well as in their wider worlds.

The importance of allyship for an inclusive workplace

The benefits of effective allyship in the workplace are many. A diversity of voices when it comes to race, gender, age, sexual orientation and abilities in a workplace, paired with inclusion and equity, creates an environment where potential and existing employees feel as though they have an opportunity to be trained, promoted and grow in their career.

Employees in workplaces with cultures of inclusion and allyship report feeling greater happiness and are more likely to go above and beyond for their employers. A 2021 report from Bentley University’s Center for Women and Business indicates team members are 50% less likely to leave, 75% less likely to take a sick day and 56% more likely to work to improve their performance in an inclusive workplace with allyship.

Allyship in Action: One Executive General Manager who participated in an Inkling Sponsorship program decided to invest in a women’s leadership development program for women in technology roles to better engage and retain his key female talent after learning from his sponsee about the barriers women face in male dominated environments.

Further reading: Why your organisation needs a reverse mentoring program

Barriers to allyship in workplaces

You might call it a blind spot. Most business leaders aren’t aware of their power and privilege. For that reason, they would never normally consider examining what it means to the way they think, behave or manage team members, whether informally or in the official company guidelines.

Because our instinct is always to maintain and protect the status quo, recognising our own privilege can be uncomfortable. If you aspire to be a good leader, though, it’s important to work through difficult thoughts and feelings, possibly with a mentor or someone you trust.

Types of allyship in the workplace

There isn’t a single type of ally, and not all of them are equal. The aim is to embrace workplace allyship and take meaningful action to raise others up, rather than yourself.

A recent article, out of the University of Tasmania, listed three different types of ally, we explore these below.

An ally for self-interest looks at the people they know and the injustices they face, rather than looking at society as a whole. Think about men who can only empathise with survivors of gendered violence when it affects their own female relatives. They can’t see that being an advocate for all women’s safety makes the community better for everyone.

An ally for altruism can see injustice happening, but doesn’t understand their role in perpetuating inequality and inequity. As an example, people often loudly proclaim themselves as allies, but become defensive if someone from a minority group calls out their own bad behaviour.

Author Ruby Hamad writes eloquently about one aspect of this in her book White Tears/Brown Scars: How White Feminism Betrays Women of Colour. In a workplace, it might be someone proclaiming to be an ally but becoming upset if it is pointed out to them that they used a word or phrase that is considered offensive.

What white male allies and able-bodied, CIS people especially should work towards is being an ally for social justice. This type of ally doesn’t just talk the talk; they walk the walk. They work with marginalized groups without taking the spotlight. They consistently try to do better by seeking feedback and acknowledging prejudices pointed out to them even when it challenges their worldview.

As a workplace leader, you should endeavour to move beyond merely listening to the input and ideas from employees from marginalized groups to using what they tell you to make positive change in the organisation, including creating new opportunities and elevating people’s voices.

Ideas to become a workplace ally

Becoming a workplace ally is a series of alignment of words and actions, but it is not self-bestowed. Allyship is an experience, endorsed by others

Like any new skill, becoming an ally requires practice. Good allies know when to ask questions, but equally when to be quiet. They don’t place the burden of their own learning on people from marginalized groups by asking them to recount trauma. Instead, they take it upon themselves to search out and study the many resources that already exist. They don’t ask women of color to speak at their International Women’s Day event, for instance, without also offering to pay them for their time and experience. Performative allyship – where public support for a cause doesn’t translate into action – is not the goal.

In a workplace, leaders – and not only officially recognised ones – can become strong allies at work by considering the perspectives of employees and colleagues from marginalized communities and being open to change. When they witness discrimination, they call it out in the moment. They continue to educate themselves but seek permission before asking someone from a marginalized background to speak about the problems they face. If that person says they’re happy to address it, a good ally listens openly and with humility.

Allyship in Action: The head of department at a large FMCG organisation went and enrolled in training that help them better understand the experience of Indigenous Australians. They are using this knowledge to spark conversations about how the leadership team can better support and make work inclusive for their indigenous employees.

It’s important when attempting to become a better ally that you understand you are different from many people around you. Understanding the concept of white privilege and listening deeply to the experiences of other groups, then sitting quietly with what you’re told, is an excellent starting point to becoming a good ally.

You also need to understand that you are not bias-free, nor are you alone in that. Reflect on your internalised bias and work towards closing the gap between what you’re actually doing to change that and what you need to do.

Allyship in Action: One Executive General Manager learnt in her executive coaching session with Inkling about the gender decoder to look at masculine and feminine language. She went away and worked with her team to apply this research to a role where they were getting limited female candidates applying and needed to increase gender diversity. The simple shift in using more feminine language in the job advert resulted in 70% increase in women applying for the role.

Trust is an important aspect of allyship. How can you achieve that? A 2020 study found that activists from disadvantaged groups preferred allies from advantaged groups who acted in ways that demonstrated high levels of trustworthiness – selflessness and loyalty, for instance – and low levels of influence. In other words, they trusted allies who didn’t centre themselves in the movement or seek out power.

It could be, however, that allies often make the most significant changes when they challenge members of their own advantaged community to change, even when it’s uncomfortable.

Allyship in Action: A General Manager who participated Sponsorship program we delivered was sponsoring a young woman from an under-represented cultural background. The sponsor quickly identified that his sponsee was highly educated and experienced, but had not received a promotion or role change over a four year period. This did not make good sense based on the capability he could see. The sponsor spoke with the sponsee’s people leader after a number of sessions with the sponsee. This sponsor identified that his sponsees’ manager was misinterpreting her behaviour due to a cultural misunderstanding. For this sponsee, English was her second language and she had only resided in Australia for 6 years, so she was still learning cultural norms and expected behaviours. The sponsor was able to speak with both the sponsee and their leader to clear the misunderstanding. This lead to shifts in the behaviour of both the sponsee and their people leader. The sponsee was promoted within 6 months.

How can organisations encourage allyship in company culture and amongst employees?

Coqual, a global, non-profit think tank addressing bias and uncovering barriers to advancement for underrepresented populations in the workplace, offers a three-step process for allies to generate meaningful change in an organisation through an intersectional lens. It encompasses:

Allyship can only be achieved when an entire organisation, from the top down, is committed to change and team members feel psychologically safe. It’s an ongoing process and one that may present significant challenges. The benefits, however, will pay off for both the organisation and its employees.

Contact the Inkling team if you would like to learn more about our tailored diversity and inclusion programs and allyship training to cultivate inclusive leadership and transformational change in your workplace.

Don’t forget to connect on LinkedIn with Jules Franzen, Inkling’s Head of Design and Innovation. She would love to hear your thoughts on the article and is passionate about sharing research, articles and insights with our leadership community. 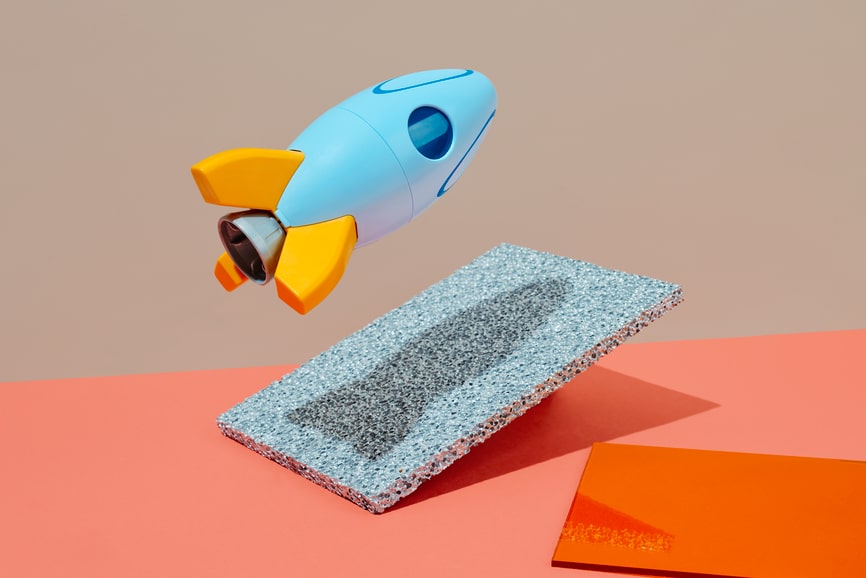